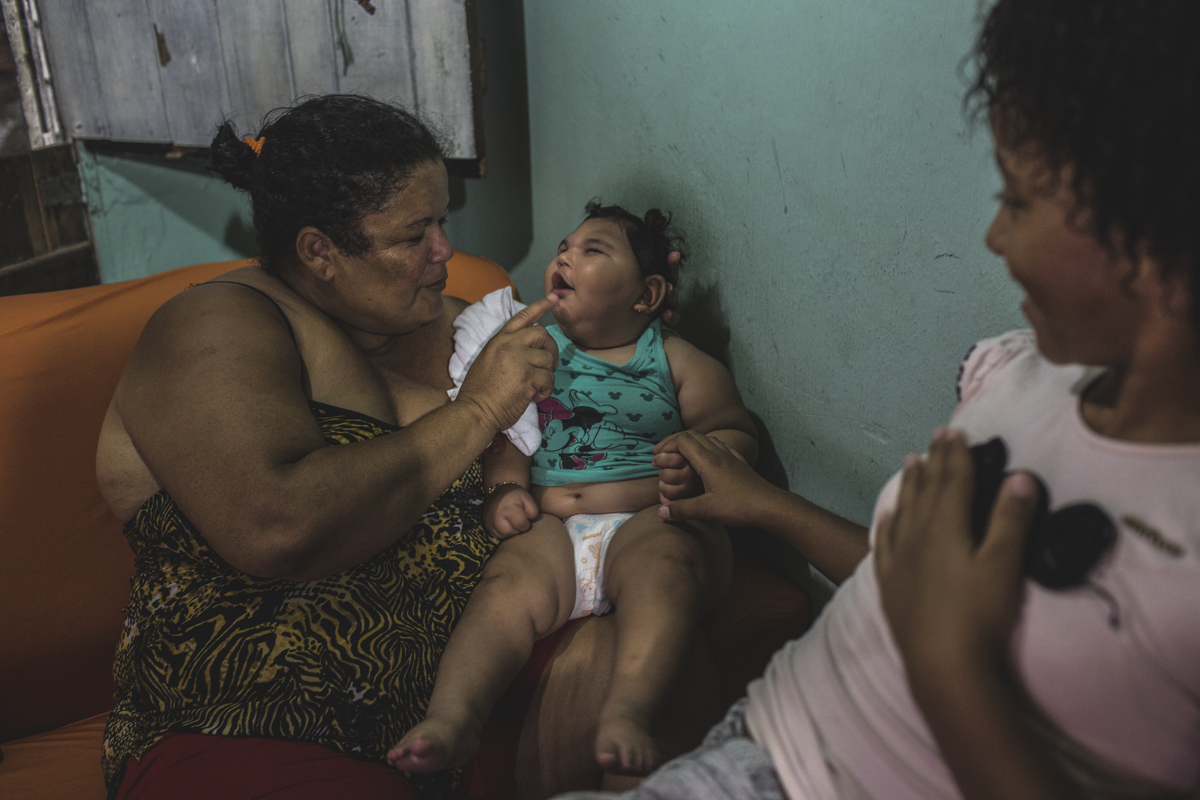 MARCH 16, 2017 -- After Duda turned one-year, and doctors began treating her seizures, Duda ate better and grew faster. Before she “breathed” the food - which caused lung infections (JULY) because she couldn’t swallow which triggered the seizures. But now the seizures are controllable and she is learning to swallow.

Mirian is searching for private medical insurance however she faces an uphill battle. Insurance companies have denied her applications because Duda’s microcephaly is considered a pre-existing condition. However in public care, Mirian said that the doctors are quick to dismiss therapy when there’s slight improvement. Mirian wants Duda to have more therapy.

“We have everything for Duda. Thank god to this day I’ve never had to ask for help because we’ve always had enough for Duda. We don’t seek help from NGOs, because we have enough and we don’t want to take away from others who are in more need.”