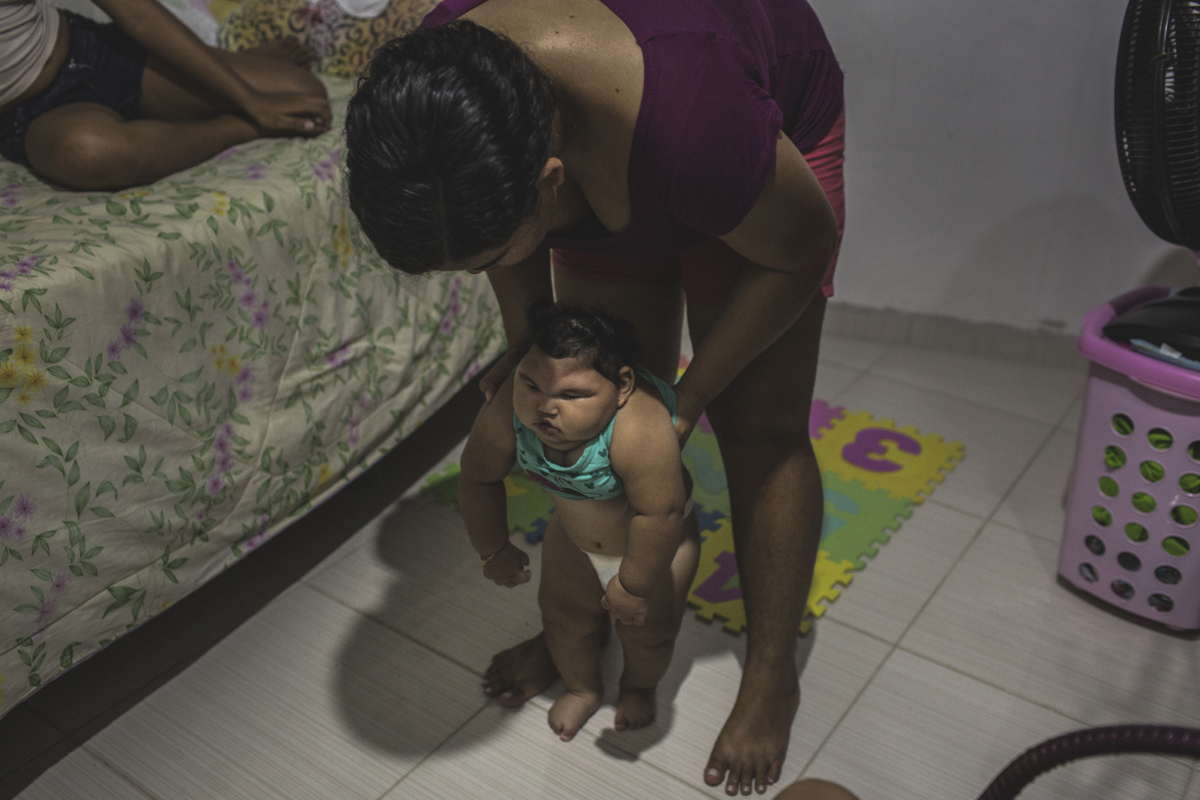 MARCH 16, 2017 -- Cleane practices exercises at home with Duda on days when she doesn't have therapy, in Olinda. Duda cries during positions that are uncomfortable or require her muscles to work harder. Since August 2016, Duda's lung infection cleared up and her seizures are now under control with medication. In the last few months of this year, Duda has improved her strength to sit up by herself and she is eating much more. "It’s wonderful to take her to therapy and see the results," said Cleane.