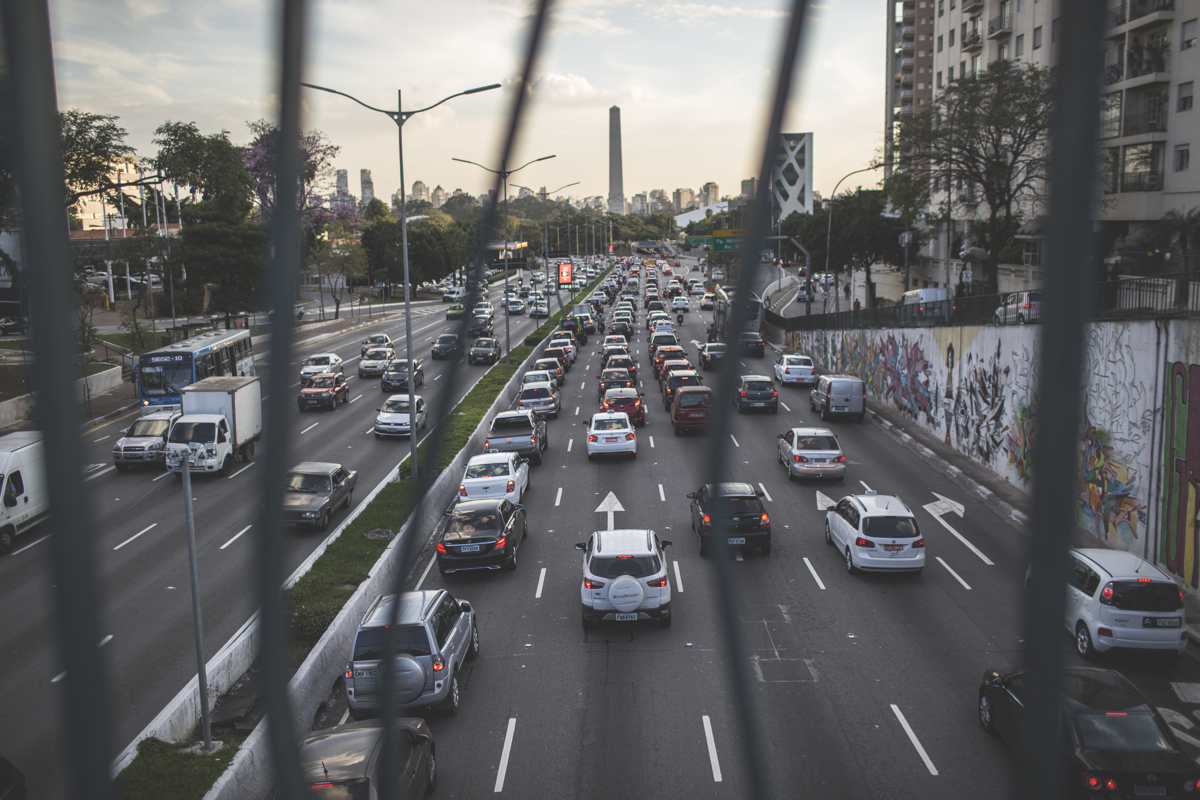 Taken from Rua Tutoia, a view of Avenue May 23, named after four university students who were killed by federal government troops in a demonstration against the government during the Constitutionalist Revolution of 1932, in São Paulo. Rua Tutoia in Paraiso neighborhood was the infamous street where civilians were to driven to the 36th Civil Police Police for tortures and investigations during the dictatorship. São Paulo.