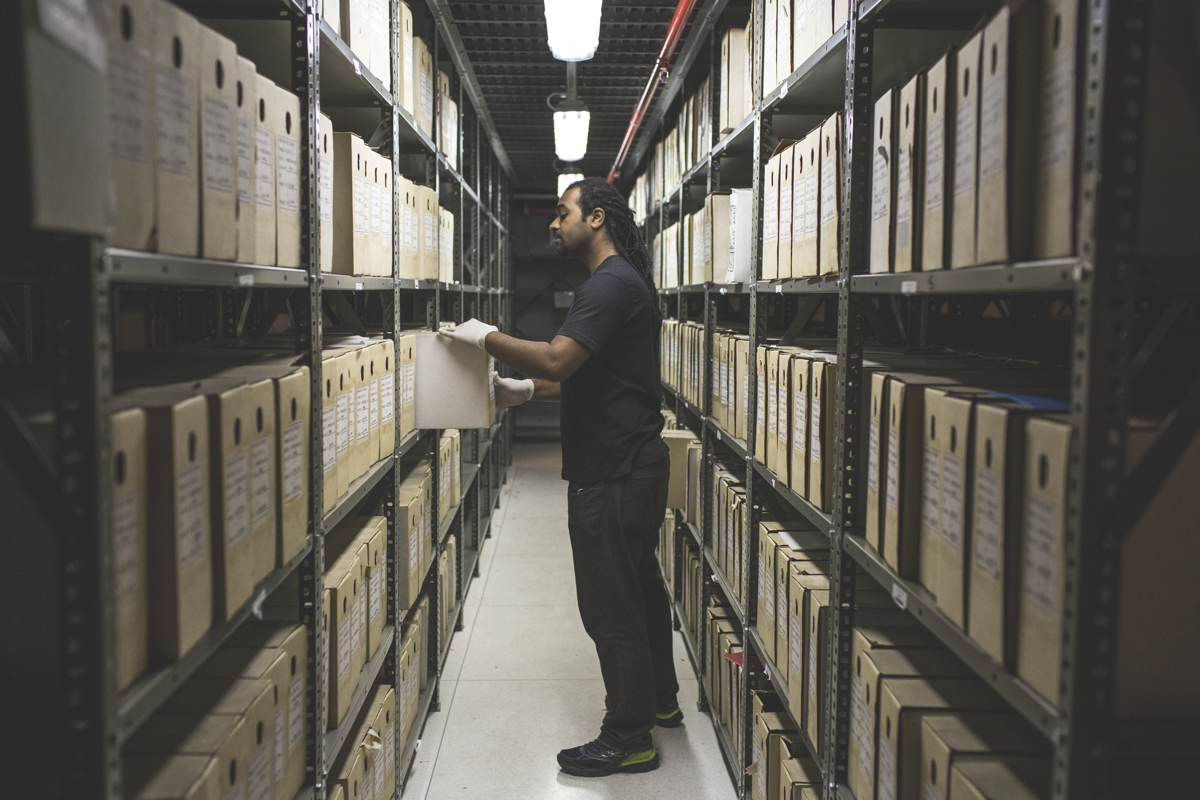 Ricardo Santos, an administrator of the archives at the State Department of Political and Social Order (DEOPS) for the State Secretary of Culture, in São Paulo. The archives hold all investigations of civilians, social groups and social movements during the 20-year dictatorship and includes images of thousands of people arrested on charges of subversion.