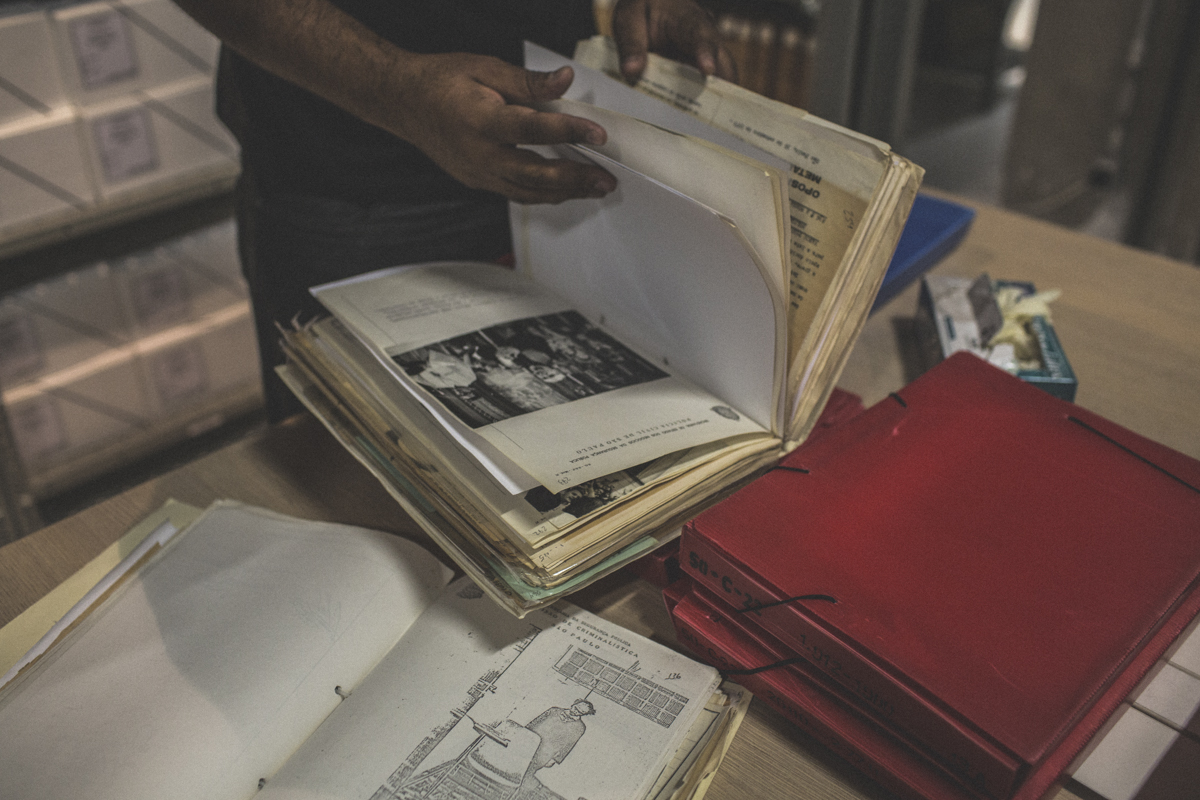 Below, a black and white copy of a photograph taken of journalist Vladimir Herzog who was found hanging by his neck in a room at DOI-CODI - the former Department of Information Operations and Center for Internal Defense Operations. In October 1975, Herzog, then editor in chief of TV Cultura, was tortured to death by military officials, which later forged his suicide. His death certificate was revised to say that Herzog had in fact died as a result of torture by the army at DOI-CODI. Herzog was a member of the Brazilian Communist Party and an activist in the civil resistance movement against the dictatorship.