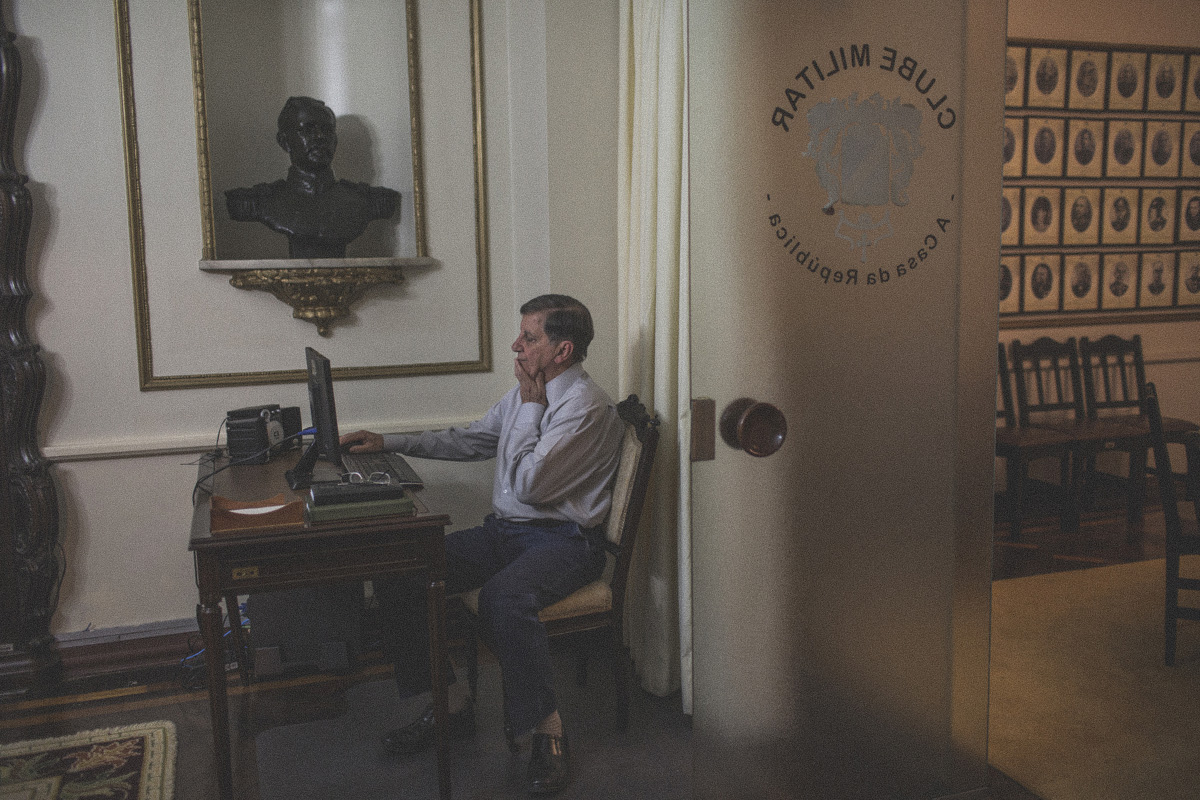 General Gilberto Rodrigues Pimentel, president of the Military Club in Rio de Janeiro at his office. Every year the club organizes a luncheon to commemorate the anniversary of the March 31, 9164 coup. "I do not see why we have to ask for forgiveness," says the veteran, who believes that the "soldiers have saved the country". "Without us we, Brazil, would probably be much less democratic."