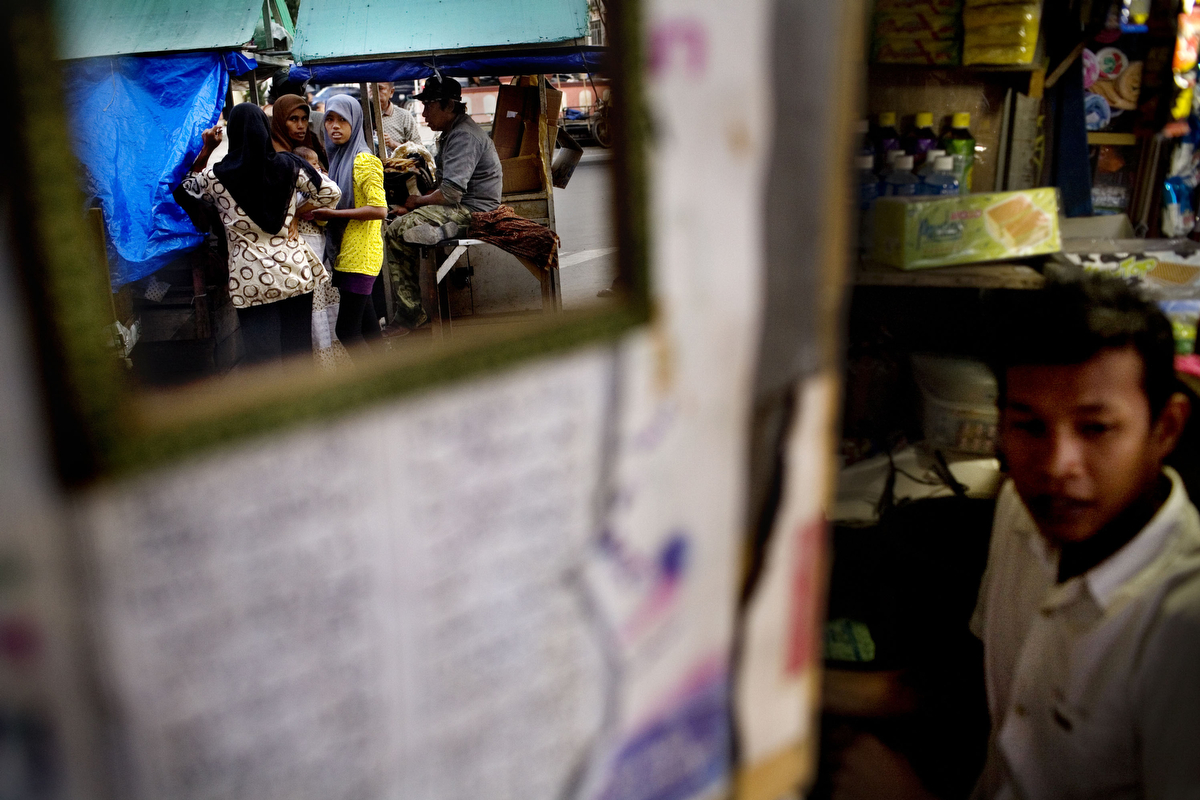 Around the Grand Mosque and Aceh Market, in Banda Aceh, Indonesia, on Sunday, Dec. 12, 2010. In 2003, the provincial government of Aceh Province implemented a moderate form of sharia law on conduct and dress in their effort to reclaim Aceh as the Islamic capital of SE Asia. Although many Acehnese women embrace Sharia, they don’t agree with it. Dozens of women’s clothing stores that have opened since the tsunami, offering a colorful selection of veils and stylized Islamic tunics. As Acehnese women friends have confided, “There is Sharia – but at least there is no war.”