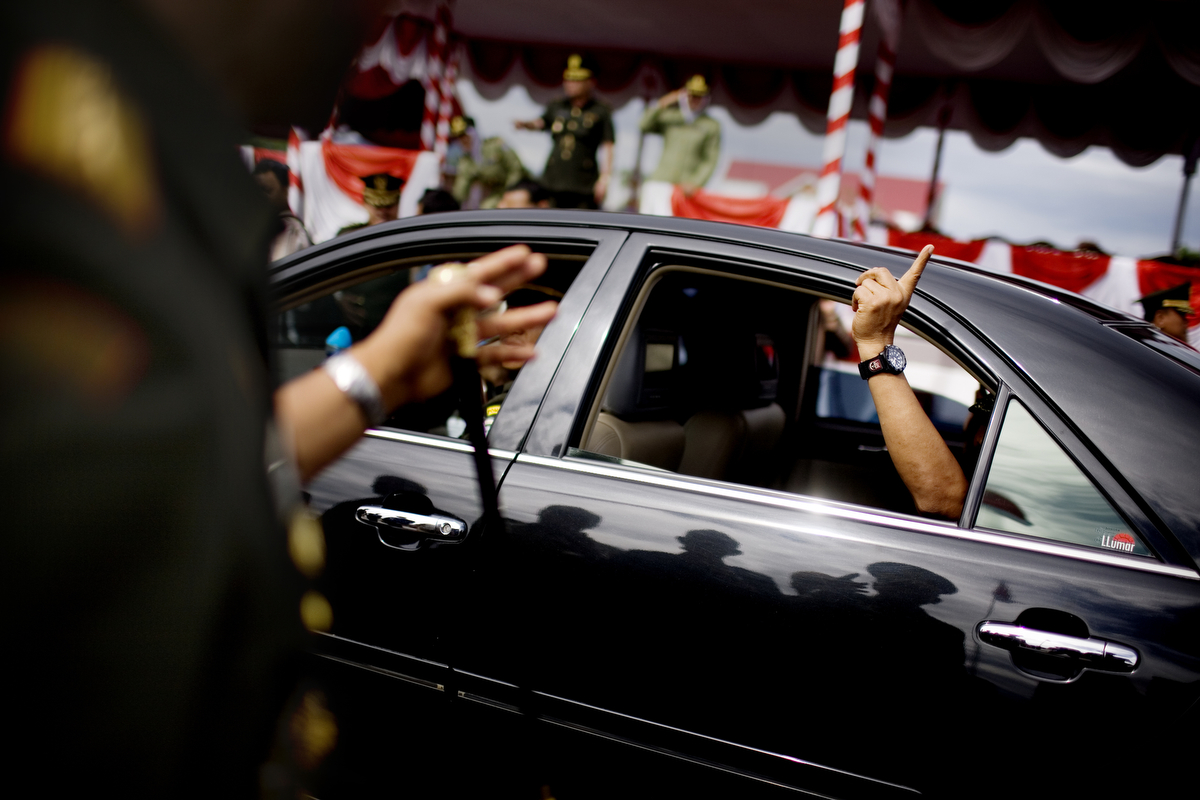 Former Army General Soenarko holds up a "number one" finger out the car window as he departs his post after a general handover event in Banda Aceh, Indonesia, on Nov. 20, 2009. Since the signing of Helsinki peace accord in 2005 that ended the longest conflict in Indonesia between the Free Aceh Movement and Indonesian government, the country has pulled out more then 20,000 troops from the province. The army base in Banda Aceh currently has about 15,000 soldiers.