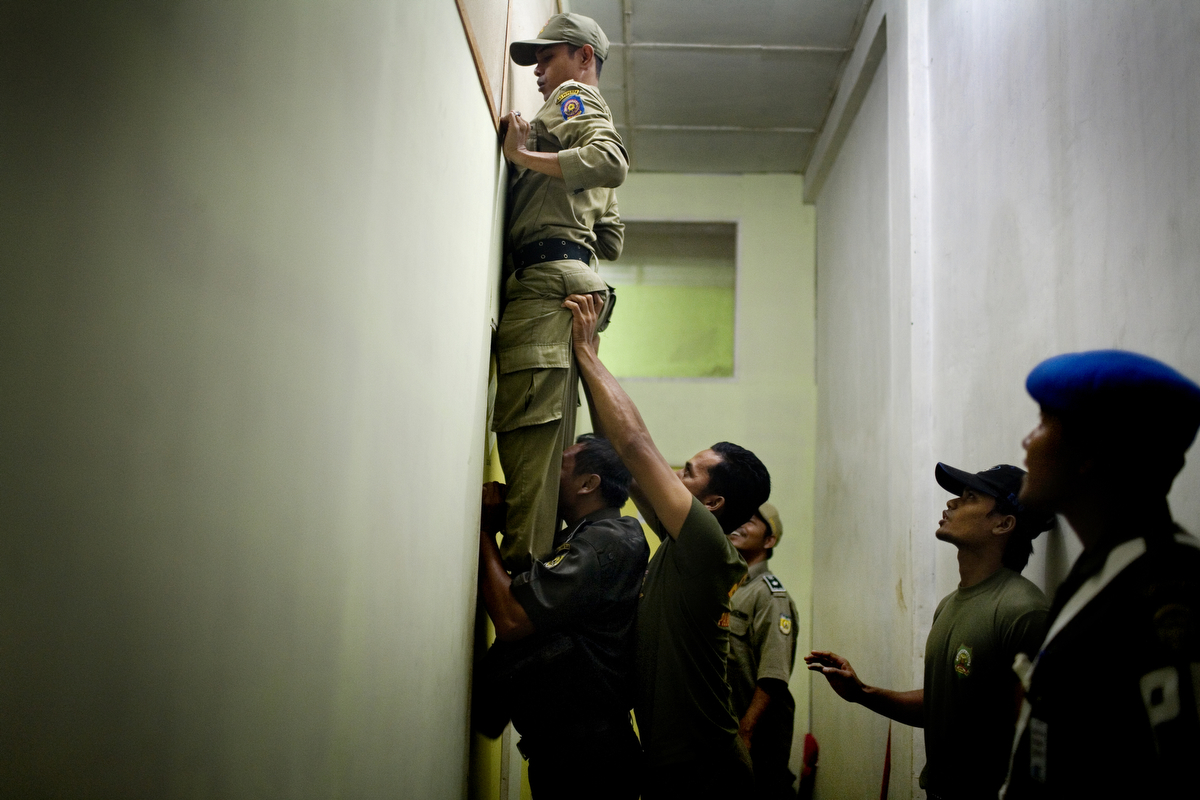 Sharia Police, or the morality police, check out rooms in a brothel in Banda Aceh, Indonesia, on Saturday, Nov. 21, 2009. Banda Aceh enforces a moderate form of Islamic Law. In 2003, the provincial government of Aceh Province implemented a moderate form of sharia law on conduct and dress in their effort to reclaim Aceh as the Islamic capital of SE Asia. Although Aceh is a matriarchal culture, women who break Sharia rules are often stigmatized, and often become objects of harassment, especially rape. Young adults who admit to having premarital sex are forced into marriage.