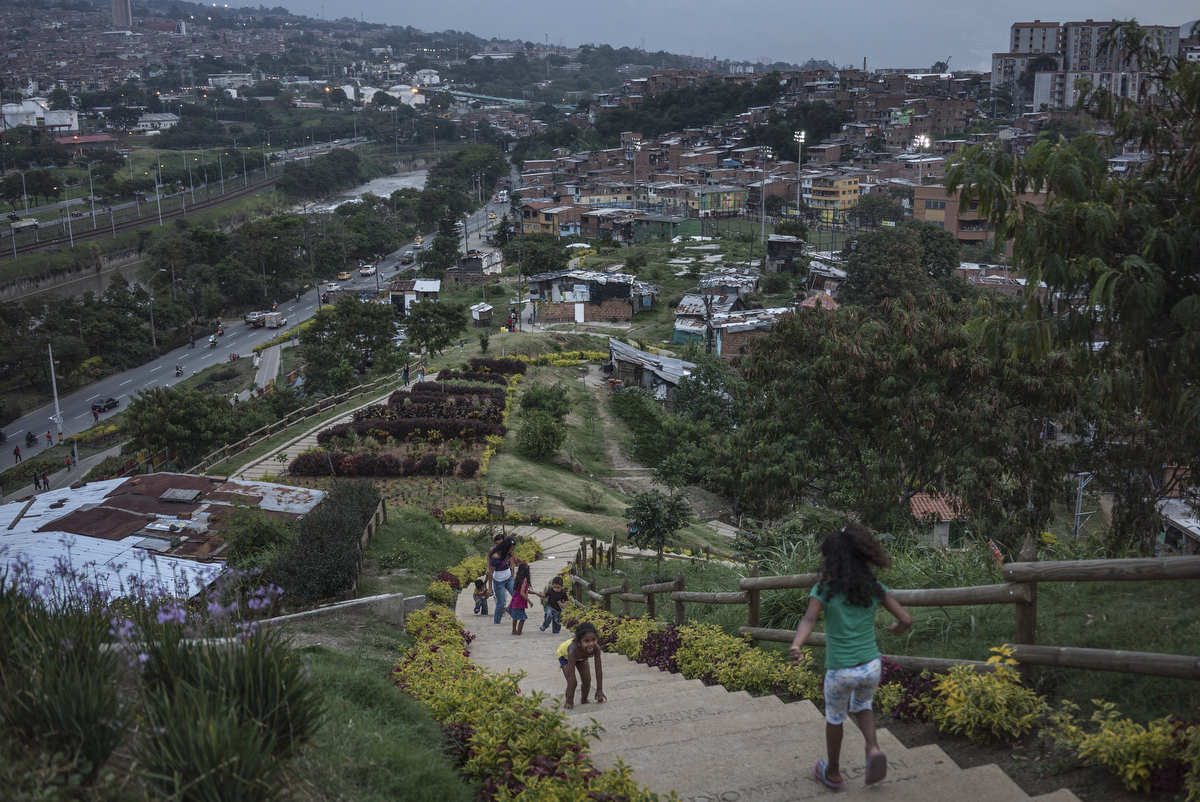 Residents walk the pathway to the top of the "hill", the area of a new garden. Since 2012, the city of Medellin began an innovative project in the neighbourhood of Moravia to transform the city’s main garbage dump into a sustainable garden where 50 thousands residents lived. They did this by planting specific kinds of bacteria and plants to absorb gaseous toxins from the garbage. However to implement the project, the city relocated about 17,000 people Some families moved into high-rise public housing in the community, but others were moved to a remote area of the city, about an hour from their jobs and former neighbourhood.