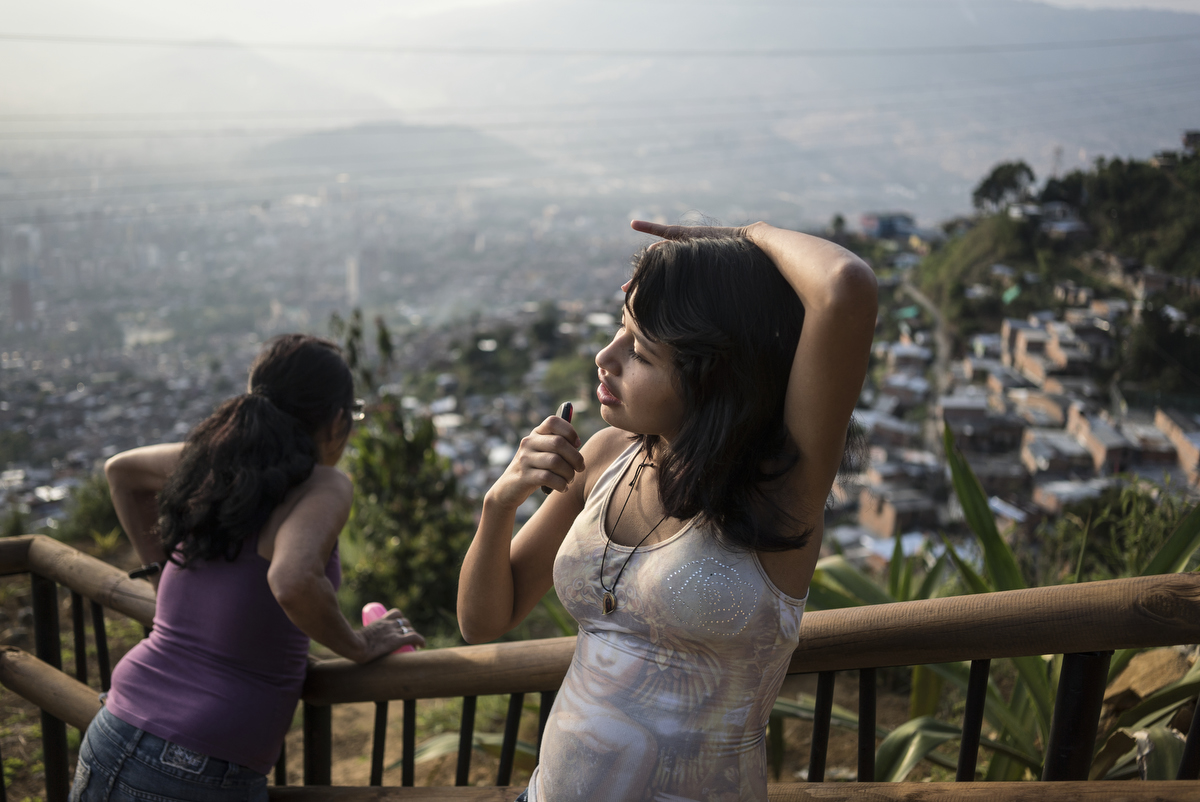 Residents take a break along a completed portion of the 46-mile long concrete bike/walk "greenbelt" that surrounds the entire valley of Medellin, which is intended to curb urban sprawl. However the residents of the top of district Comuna 8 say that the city basically poured concrete over an existing path created by them. "The concrete makes your feet more tired then the dirt path," said one resident. Many residents are displaced campesinos from the half-century long conflict.