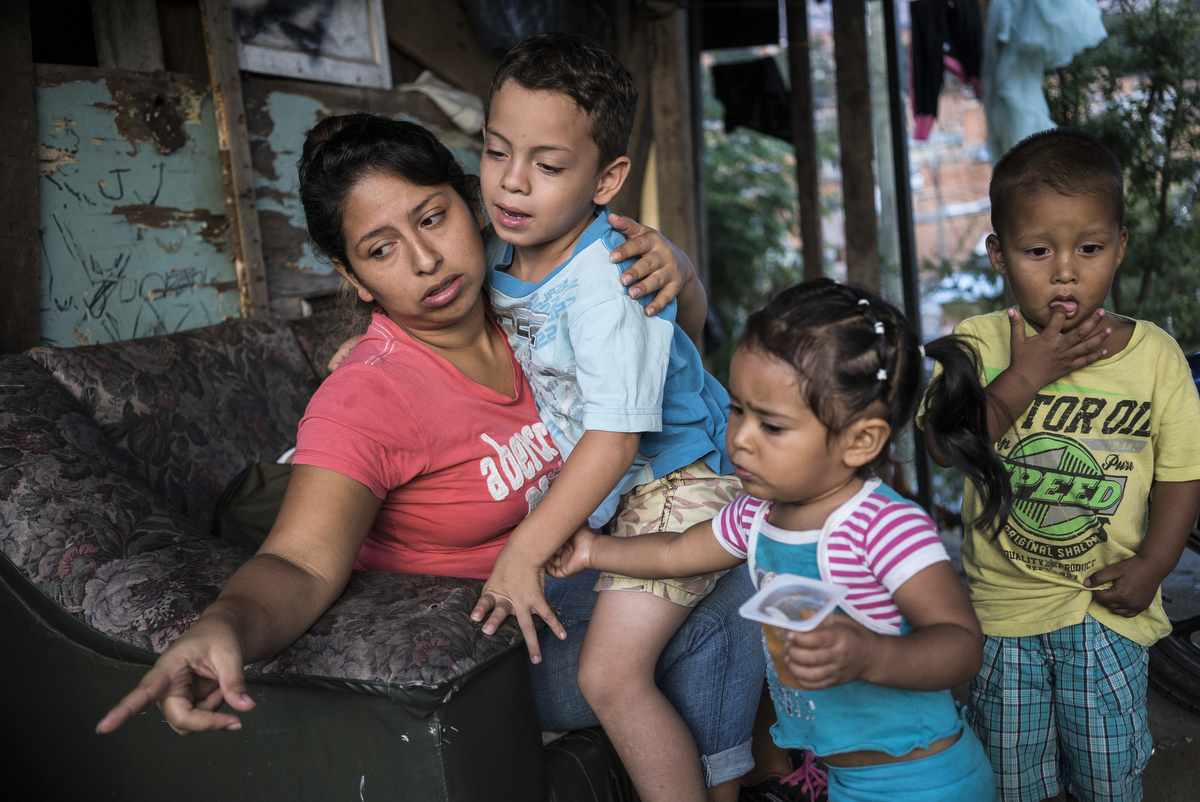 Marta Chica Lopez, 27, points to a dead chick, near the chicken coop, to her son, Juan Esteban, 6, left, and daughter Luciana, 2, center, and nephew, right, at their home in the neighbourhood of Moravia, a former garbage dump. Marta grew up in this two-story house that her grandfather built 24 years ago, and made of a patchwork of wood scraps. Since 2012, the city of Medellin began an innovative project in Moravia to transform the city’s main garbage dump into a sustainable garden where 50 thousands residents lived. However to implement the project, the city relocated about 14,000 families. Some families moved into high-rise public housing in the community, but others were moved to a remote area of the city, about an hour from their jobs and former neighbourhood. Marta's family fought several rounds of evictions to stay in the neighbourhood.