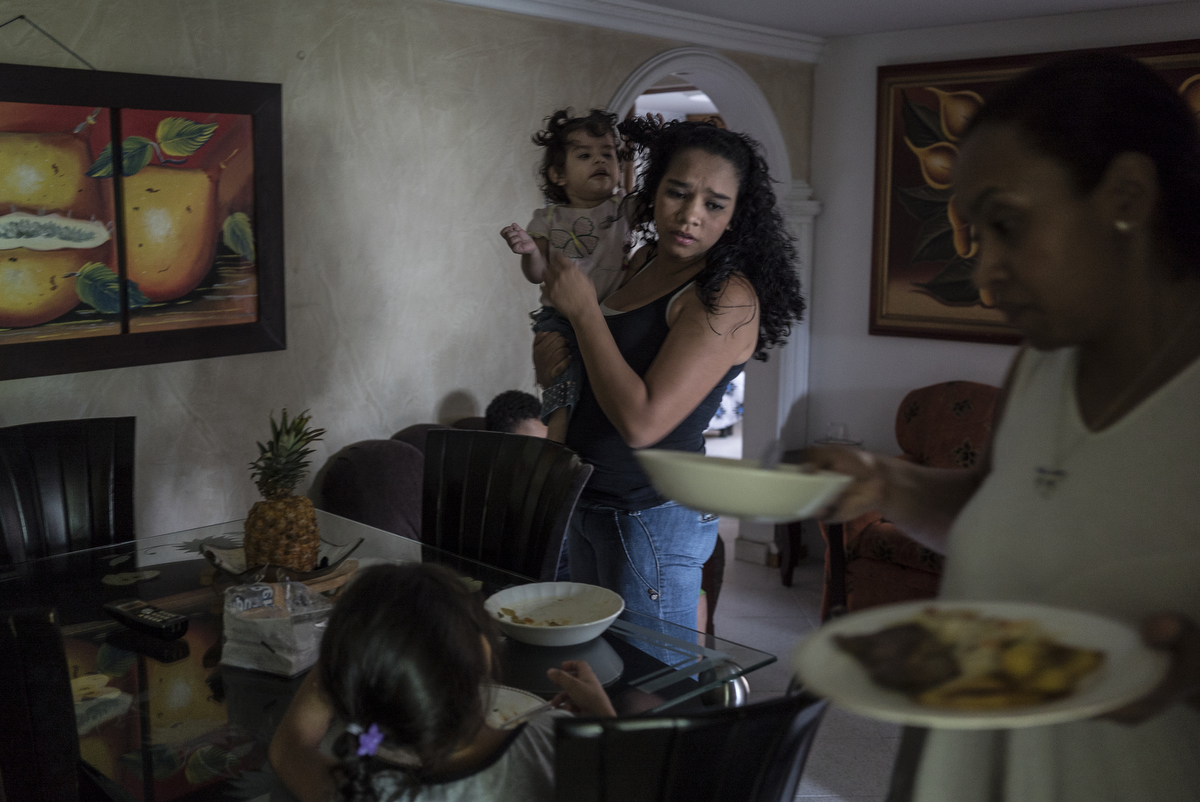 Marjorie Gonzalex, 29, with her children, at a family home shelter in a city program called, "Madres Acojientes," in Medellin, Colombia. Marjorie left her husband when he began physically abusing not just her, but also her children, including the infant, because she was born with a disability. The program, created by the Secretary of Women in 2008, trains 15 women social workers to receive women victims of domestic violence at their home. The victims receive shelter in a private home for six weeks, as well as social service benefits such as psychological support, medical attention, lawyer assistance, and group therapy. The program, which began eight years ago, is seen as an improvement towards identifying women's rights.