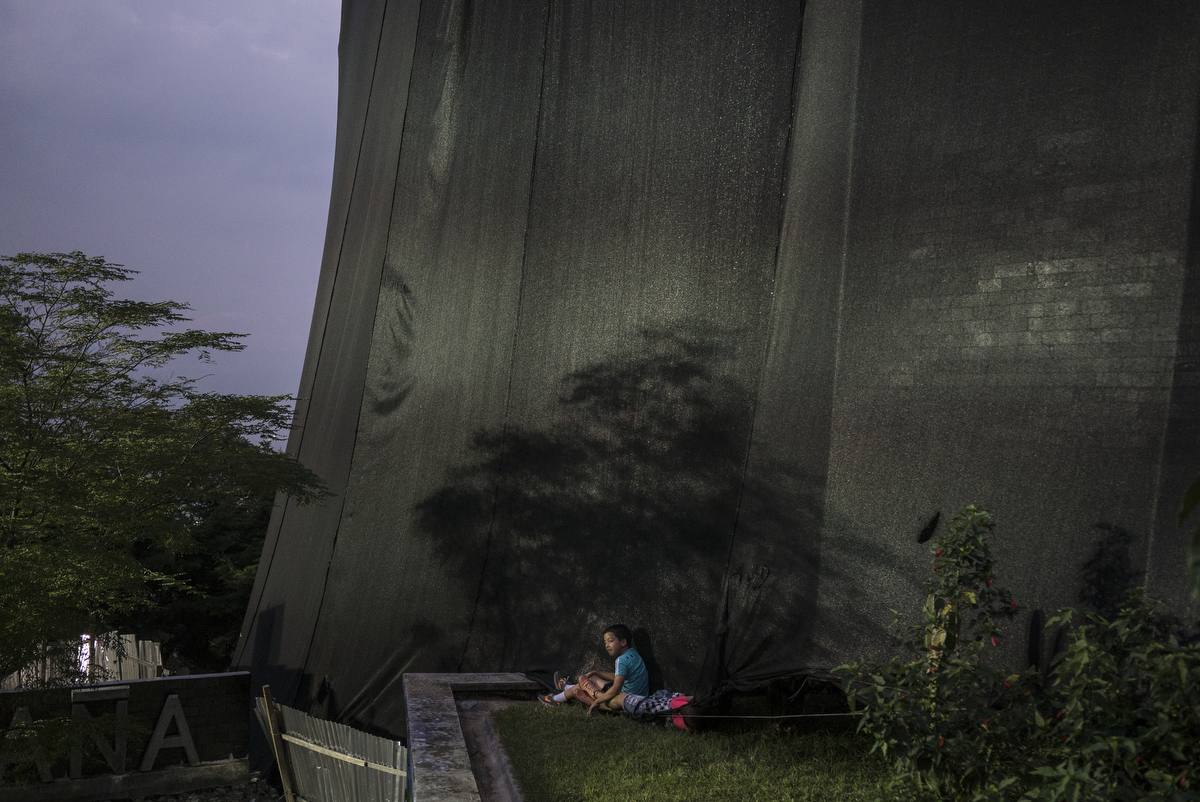 Santo Domingo's youth hangs out at the Parque Biblioteca España, once seen as a symbolic representation of integration in Medellin's most violent neighbourhoods but is now in a fragile state of disrepair with black construction netting to catch the pieces of the facade from falling, as well as structural damage, in Medellin, Colombia. The library is made of 30% oxidized black slate and was built after a metro-cable. Many families were evicted in place of the library as the city claimed that they were living in a "high-risk" area on the hillside.